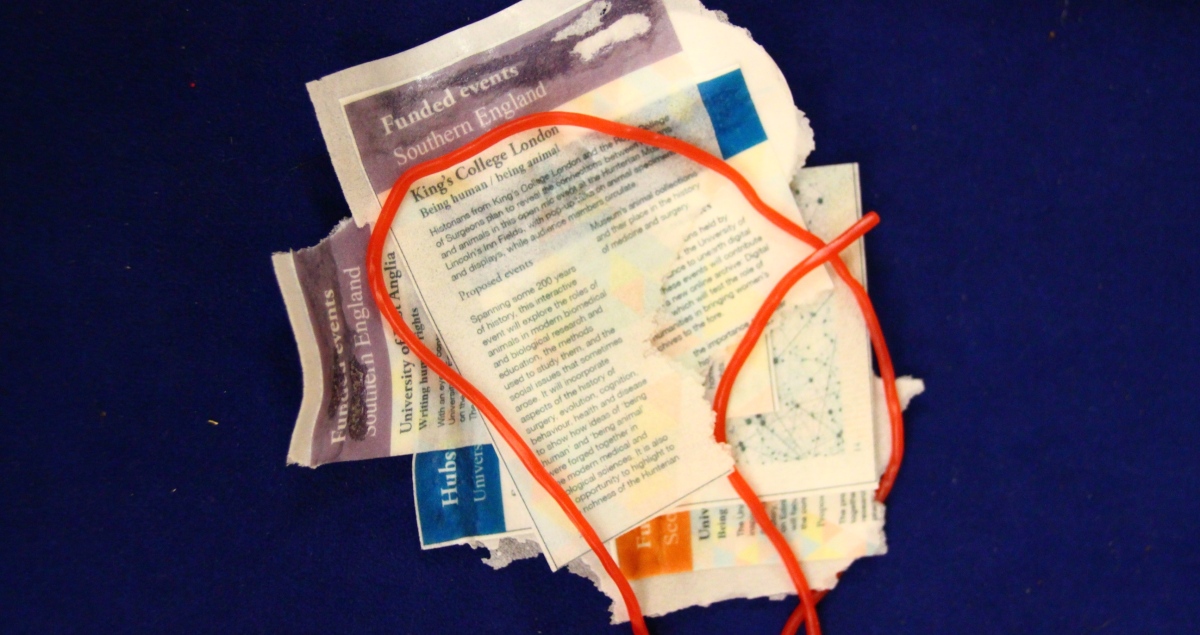 A feast of the humanities

Preparations for the second Being Human festival of the humanities got underway in earnest on Wednesday 10 June at our first ever Being Human Summer Social. More than 150 people from across the country came to the School of Advanced Study’s home at Senate House in London to toast the 2015 festival and to find out more about the 41 funding awards allocated to participating institutions across the country. From as far afield as Swansea and Aberystwyth, Edinburgh and Exeter, people came together to share ideas and plans for Being Human 2015 – and to create their own edible versions of our brand new ‘pocket preview’ festival guide.

Kicking things off, festival director Professor Barry Smith of the School of Advanced Study outlined his vision for 2015, and also announced the participation of a major new partner in the festival, the Wellcome Trust, who have made a significant contribution to funding the 2015 programme. Chief Executive of the Arts & Humanities Research Council, Professor Rick Rylance then spoke about the success of the 2014 festival and the crucial importance of demonstrating the impact and social reach of humanities research, whilst Alun Evans, Chief Executive (Designate) of the British Academy noted that he was delighted that his first public speech in his new role was an endorsement of the Being Human festival.

Following speeches from the core festival partners, we were delighted to open up the stage to a panel of Being Human veterans from 2014 for our very first ‘Being Human Question Time’. The panel featured Dr Felicity Callard, Director of Hubbub at Wellcome Collection, Fiona Courage, Special Collections Manager & Mass Observation Curator at University of Sussex, Helen Malarky, Project Manager for Research and Impact, Manchester Metropolitan University, Amy Ryall, External Engagement Projects Officer at the University of Sheffield; and Professor Dilys Williams, Director of Centre for Sustainable Fashion at the London College of Fashion (LCF).

The panel focused on the impact and legacy of their Being Human 2014 projects, and their plans for 2015. Felicity Callard outlined how the Hubbub project at the Wellcome Collection drew on work by scientists, composers and poets as well as humanities scholars to stage their 2014 event ‘All We Need is Rest’. Fiona Courage previewed the Mass-Observation Archive’s ‘cringe-tastic’ plans for 2015 – which will involve inviting people to read out extracts from their teenage diaries. Helen Malarky raised a cheer from the audience by showing a clip from Forever Young: eight decades of youth culture told by people who were there, explaining how this documentary has gone on to be used as a teaching tool both for youth groups and care workers in old people’s homes. Amy Ryall talked about how the University of Sheffield’s Wealthy Weekend helped to initiate community partnerships and raise awareness of both economic and cultural ‘wealth’ disparities in the city. Dilys Williams set out a strong case for the study of fashion as a fundamental aspect of human culture, whilst also offering a preview of the LCF’s contribution to Being Human ’15… a takeover of Westfield’s shopping centre, Stratford.

These stories from 2014 underlined and humanised the inspirational impact made by the festival in its first year. They also highlighted the challenge for 2015: to build upon that success and produce a bigger, better and even more inspirational ‘feast’ of the humanities in the festival’s second year…